skip to main | skip to sidebar

Create your own economic stimulus with the power of television advertising.

Spring and summer seasons are fast approaching and some local businesses may find themselves competing for fewer customers this year due to the current economic downturn. Not all consumers stop buying during tough economic times. They may become more selective and seek out bargains, but they are still going to buy and most likely from a brand they know.

That’s why there is no better time than now to advertise on television. The high visibility and audience reach of television will help your business gain market share at the expense of less aggressive competitors. Numerous marketing studies have shown that maintaining or increasing advertising during tough economic times yields greater results than advertising during good times.

But television advertising is expensive, right? Wrong! Many advertise on radio because they think a television commercial is cost prohibitive. A TV spot doesn’t have to cost thousands of dollars to be effective. Well planned air time placement that frequently reaches your business’s target audience is far more important for success than an elaborately produced TV spot.

Local cable television is a great, relatively inexpensive way to reach upscale, diverse audiences with niche advertising. For example, if your business is landscaping, decking or other home improvement, you can advertise on the Home & Garden Network (HGTV), and reach thousands of viewers who are specifically interested in home improvement, gardening, decorating, etc. In addition to reaching specific demographic groups, viewers can also be targeted by geographic location by inserting ads in local cable systems such as Lancaster, Chillicothe, Newark, Marysville and others.

At Lasso Productions we‘ll create a TV spot and develop an air time strategy that’s right for your business and budget. With our in-house production capabilities and low overhead we can get you on the air for less investment than that required by large, traditional ad agencies and big studios. We also produce and place advertising for just about any other media as well, i.e., radio, print, billboards, internet, and more.

Contactl us today and we’ll help you create your own economic stimulus through the power of affordable television advertising.
Posted by Unknown at 9:52 AM 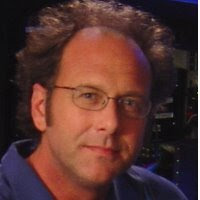